Come and check out the new formats our Level 6 students are working on each week!

You simply must come over to ITS Big House, Improv Theatre Sydney’s weekly house team show!

In this fundamentals of sketch writing course, you’ll build sketches from the ground up and get to the heart of the sketch; the joke. 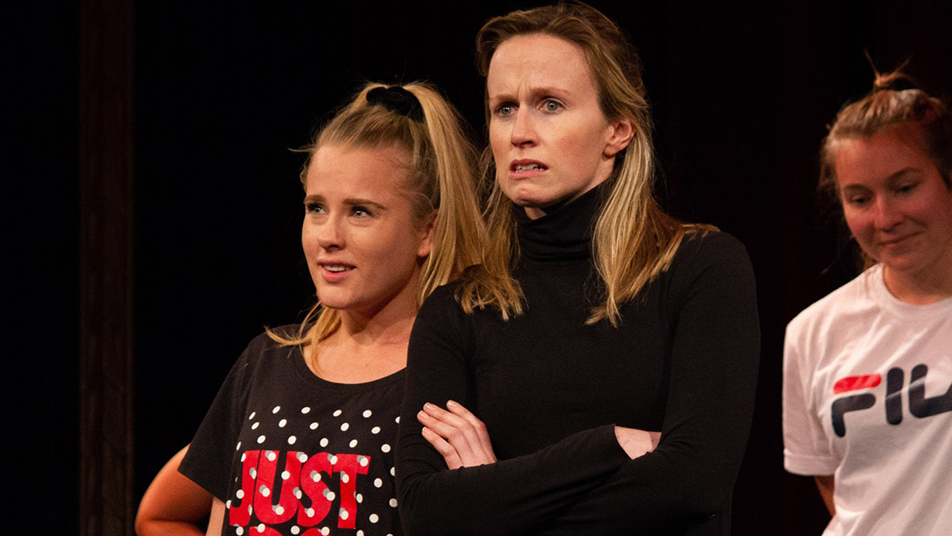 We’re offering a course to let those with performing and industry experience to move quicker through our improv program. 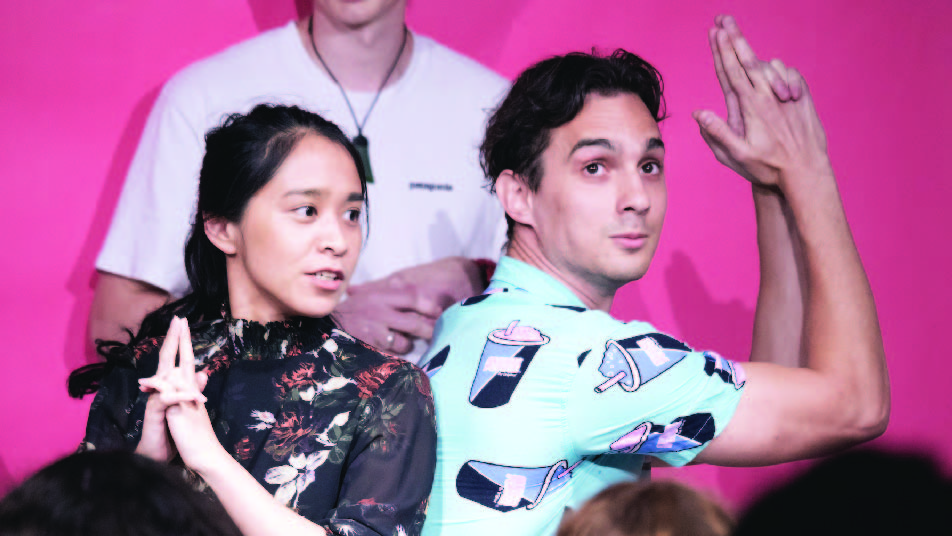 This weekly jam session is an opportunity to try stuff out and play with different people in a safe space. Folks of any experience level can join (even if you’ve never improvised before!) 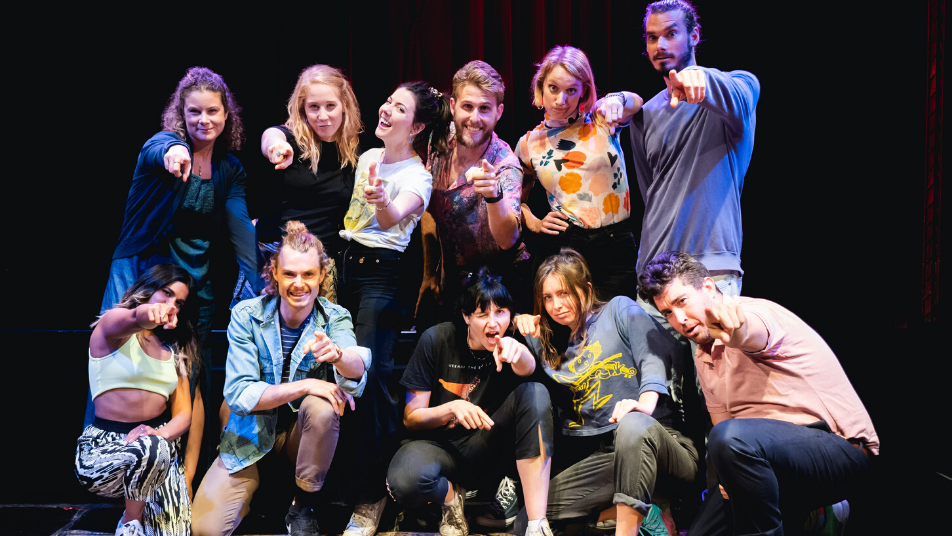 Our one hour trial of what we do, where we do it with the people you’d be doing it with. Come and try it out if you wanna see if improv’s for you.

We're sorry, but all tickets sales have ended because the event is expired.

These improv jams are only open to folks with more than a year of improv experience. If that’s you, come play! 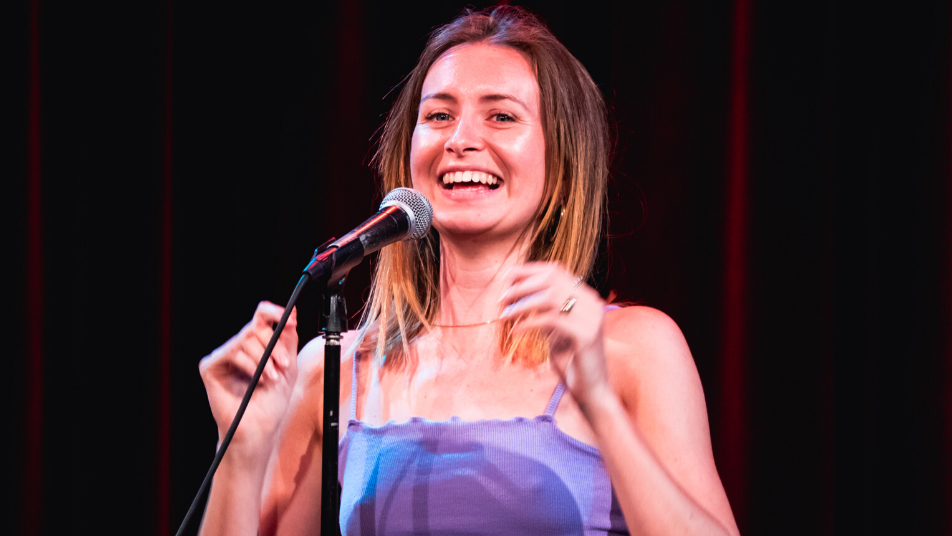 Want to know more about each show? Click below!

We’re celebrating SEVEN YEARS of improv, stand-up, sketch and musical comedy with 4 nights of shows at the ITS Comedy Festival!

We're sorry, but all tickets sales have ended because the event is expired.

ITS Monoscene is performing in the 8:10pm set, Friday, 17 December. Tix below.

ITS Smackdown is improv teams against improv teams. Teams competed for the chance to appear in tonight’s grand final over heats in November and tonight someone will be declared grand champion as declared by the audience. Hosted by last year’s winners, Wine Mums Jan & Marie (Maddie Parker & Jen Mackie).

The Smackdown Grand Finals are on Wednesday night at 9:15pm. Tix below. 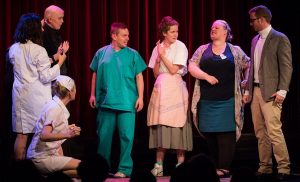 A crowd favourite, ITS Soap has always taken cues from the small screen’s most beloved but over the top soapies to deliver plot twists, elaborate back stories and shocking confessions. This year, is no exception, as the ITS Faculty and Special Guests pay tribute to the made-for-streaming small town festive melodrama. It’s The Bold and the Beautiful meets A Christmas Prince meets Hallmark but with Murder!

ITS Soap is the penultimate show in the festival on Saturday night in the 8:10 slot, 18 December. Tix below.

The Amazing Cannonball Flower are 3 artists performing a mix of sketches with a lot of comedy and a lot of heart. Aarti Vincent – The Delhi Theatre Addict; Kru Harale – The Mumbai Drama Queen; James G Warren – The Hobart Golden Boy, come together in the to perform surreal, satirical and heart-warming sketches. Come find out what two Indian girls and a white guy bring to the world of comedy.

TACF are performing in the 7pm slot on Saturday, 18 December. Tix below 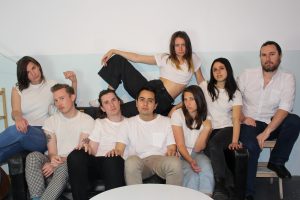 It’s been 60 years since the cast of Chef’s Kiss have seen each other. You’re about to witness their reunion. LIVE. ON. STAGE. The best part? None of the cast know about it!
(So please don’t make this public for media purposes or anything, ok? We want them to be really, really surprised.)
Dirt will be dug up, ancient feuds will be sparked and old love will be rekindled. Think the Friends reunion, but less plastic surgery and… funnier. Catch Improv Theatre Sydney’s OG House Team in the flesh in this very spesh show! 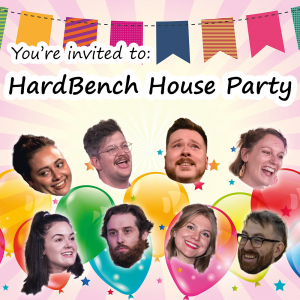 Everyone’s invited around to our place for an improv house party. We’ll explore ideas and scenes from those deep and meaningful party conversations you have at 2am around a table in someone’s backyard.

Hardbench are performing in the 9:15pm set on Friday night. Tix below. 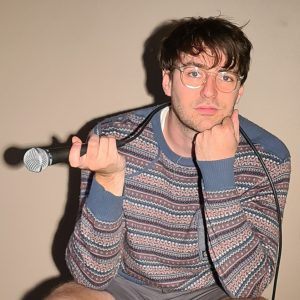 With warm yet cheeky style, John Glover’s standup comedy is inviting and relatable as he weaves silly tales about family, dating and childhood. Get ready for some queer and offbeat laughs with this Gen Y philosopher.

John’s performing in the 8:10pm set on Friday night. Tix below. 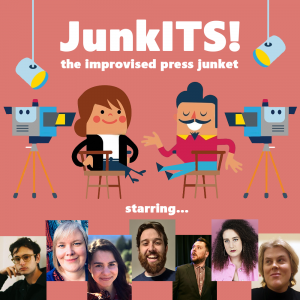 It’s every celebrity’s idea of hell. Trapped in a hotel room with a constant parade of entertainment reporters lobbing boring and bizarre questions at you for hours on end. While it probably won’t do much to promote your crappy project, it might just lead to a great viral video of your meltdown! JunkITS celebrates a curio of the pop culture machine: the Hollywood press junket. Only this time the stars, the “art” and the gossip columnists are all made up for your gawking pleasure.

JunkITS! are performing in the 9:15pm set on Thursday night. Tix below. 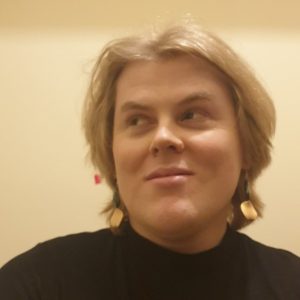 ITS is back from lockdown, and you know what that means: time for a rebrand. ITS have hired Gladys Berejiklian’s estranged daughter (and marketing expert) Sharon to pitch her vision of a cooler, funnier, and totally-not-corrupt ITS.

The Marketing Makeover will take place between House Team sets on Friday, in the 7pm set. Tix below. 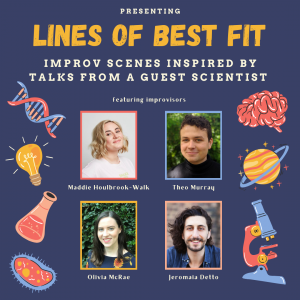 Presenting Lines of Best Fit: Hear about exciting new science in a talk from our expert scientist, inspiring never-to-be-seen-again comedy by the improvisers. Featuring Dr Taylor Szyzka from Sydney Chemistry as our guest scientist.

Lines of Best Fit are performing in the 8:10pm set on Thursday night. Tix below.

Me and Susan (That's My Guitar) 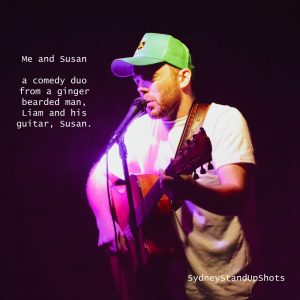 Inside the mind of Liam McMahon. Stand up comedy. Stories and a tune.

Liam’s performing before ITS Soap in the 8:10pm set on Saturday night. Tix below. 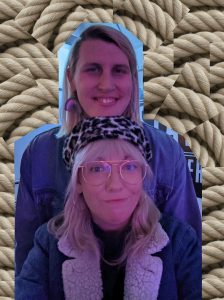 Rosie Piper and Jen Mackie host stand-ups doing new gear with a cast of excellent improvisers performing scenes based off their sets.

New Rope is the closing show of the ITS Comedy Festival at 9:15 on Saturday night. Tix below.

They’re performing in the 9:15pm set on Friday night. Tix below. 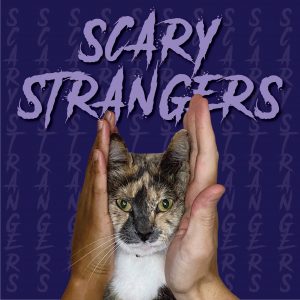 Scary Strangers offers a whacky, weird and wonderful look in to the realm of sketch comedy. Take a peek in to the minds of comedians Ru Halwala and Tom Stevenson, if you’re game, as they deep-dive in to the concept of “if this is true, what else is true”?

Ru & Tom are performing in the 8:10 set on Thursday night. Tix below. 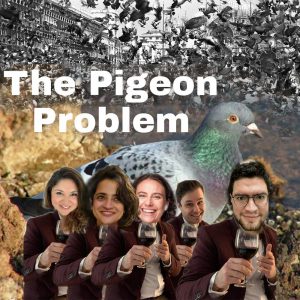 The Pigeon Problem is here to solve all your problems! From losing your mouthguard to achieving world peace, there is no problem too big or too small. Also it’s an improv show.

The Pigeon Problem is playing in the 8:10set on Friday night. Tix below. 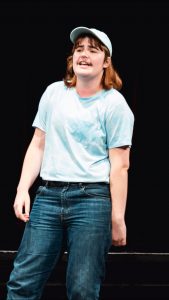 Milsey is a woke bloke, played by Billie Miles.

Milsey is in the 8:10pm set on Friday night. Tix below.

Teams of improvisers compete for improv supremacy in the ITS Smackdown Wednesday night heats.

We're sorry, but all tickets sales have ended because the event is expired.
newer
older